This week Pressure Jet Markers has reached the grand old age of 70. 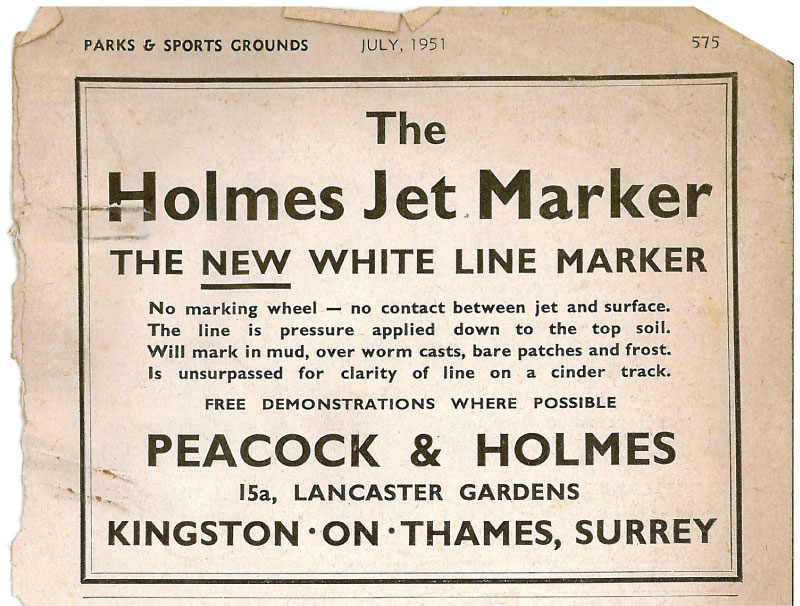 For seven decades the marvellous machines made by PJM have been laying down straight, consistent lines at sports grounds around the world – and with the Linesman and the Dimple leading the way in 2022, they show no signs of stopping.

In the same year that Princess Elizabeth became Queen, a talented engineer named Hugo Varley joined a firm called Peacock and Holmes Ltd. The Surrey company had been making line marking machines for a year, but it was Varley’s investment and expertise which really set them on their way to success.

Their lead product was the Pressure Jet Marker, which took the revolutionary step of removing the marking wheel and pressure-applying the paint to the surface using a rotary pump driven by the rear wheels. This had the advantage of being able to lay a consistent line across a variety of surfaces including mud, frosty grass and even cinder tracks. It swiftly became the line marker of choice and so they named their company after it, and Pressure Jet Marker Ltd was born. 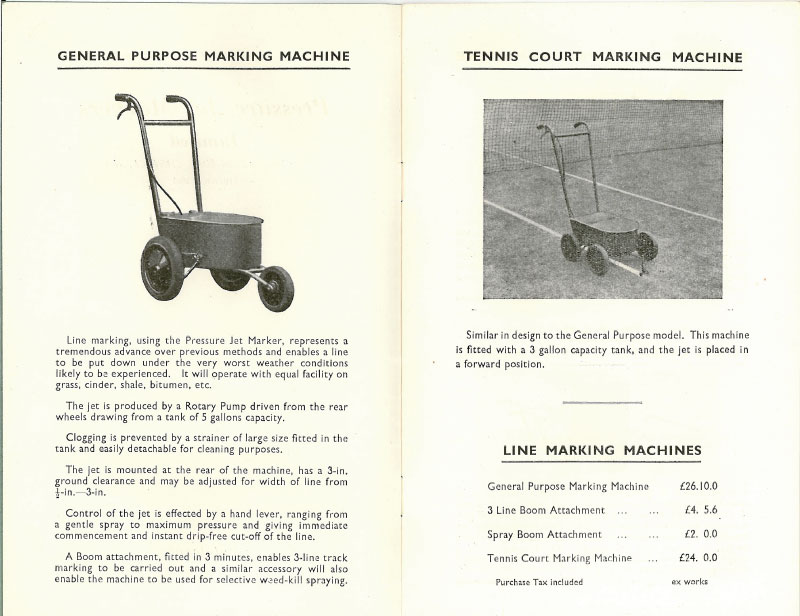 A move to larger premises in Hammersmith soon followed, and the range expanded to include more line markers (both hand and tractor drawn) as well as hedge cutters, power pumps and even starting blocks! In the late 50s they released the first ever power-driven line marker which at £150 was out of the reach of most clubs, but was swiftly adopted by councils and large organisations.

Throughout the 60s and 70s the company expanded further, and turned their attention to a range of more budget friendly transfer wheel machines. It was during this period that one of the world’s finest transfer wheel line marking machines was born – The Dimple. The machine was a revelation, using a unique dimpled transfer wheel that was far superior at moving and distributing the paint from tank to pitch, and the extra weight from its cast iron construction aided the definition of the line it produced.

The Dimple’s quality meant it was soon the marker of choice at the country’s finest venues including Wembley, Wimbledon, and The Queen’s Club, and it is still used at many Premier League clubs and other elite venues today.

In 2016, with the directors looking to retire, Pressure Jet Markers was facing the final whistle. If no buyer could be found they would cease trading and the great company would be consigned to the history books. This was when MH Goals stepped in and gave Pressure Jet Markers a new home. As a company that prized quality engineering, it was a perfect fit. And by retaining the name, the distinguished heritage was kept alive.

Today the trusted design is still there, albeit enhanced by laser cut parts, zinc plating and improved powder coating to the machines, so groundsmen and women still get Pressure Jet Markers’ trusted design, combined with today’s quality manufacturing for ease of use and enhanced durability. 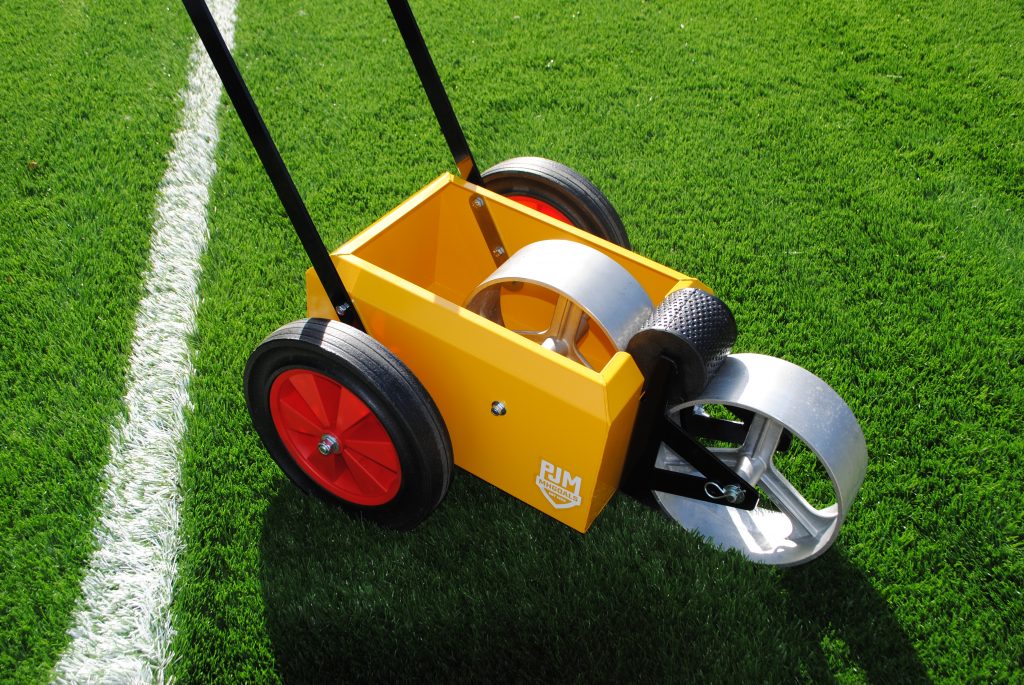