We are delighted to announce that the patent for our unique Evolution wheel has now been granted. 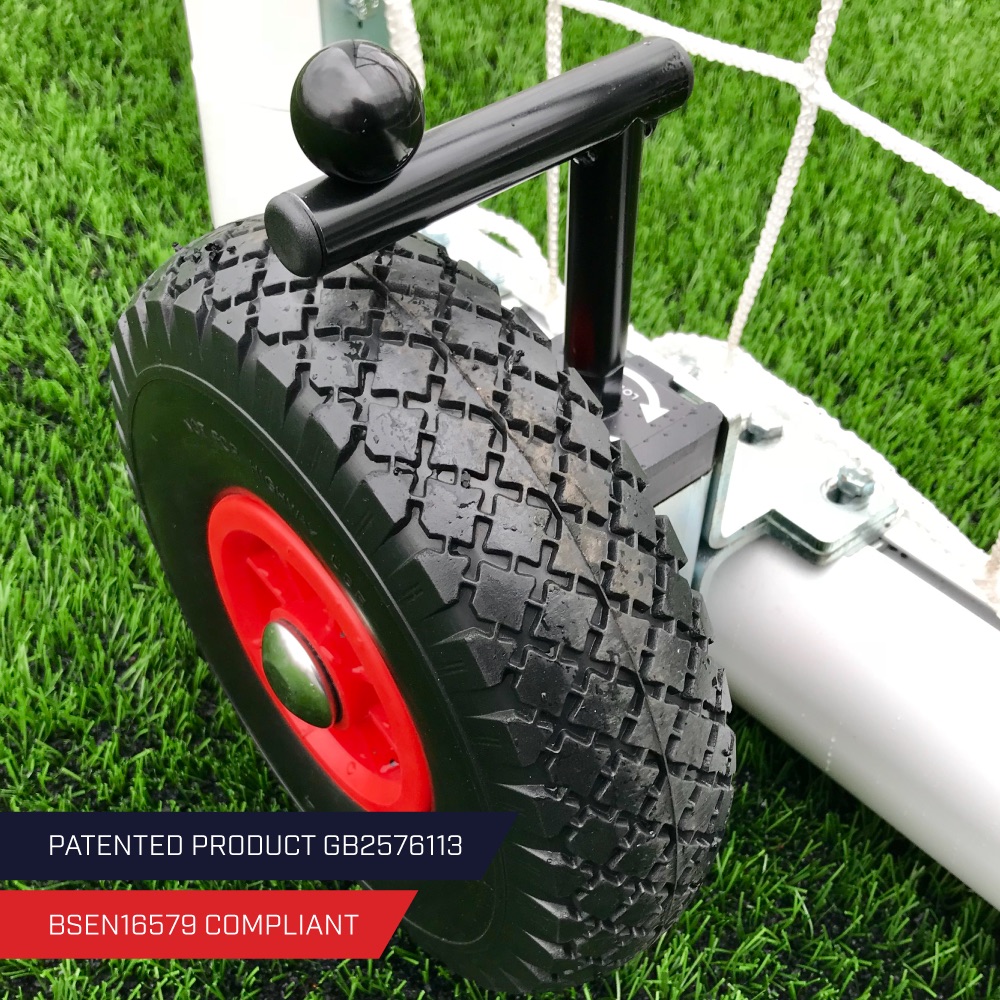 When the latest football safety standard BSEN16579 was first announced, one of the big changes was a greater focus on mitigating the hazards of finger entrapment and shear points on sports equipment.

Rather than seeing this as a problem to be overcome, we instead recognised it as a fantastic opportunity – it’s not often you get a chance to reinvent the wheel! Our ultimate goal was to produce a wheel which not only conformed to the new safety standard but improved the design of the standard football goal wheel too. After months of designs, prototypes and testing we had a result – the Evolution wheel.

The most obvious change is that the plates and handle which were a feature of the old unit have gone, removing the entrapment risk and shear points. To replace them we have designed and implemented a simple but effective turn handle system which can be operated in multiple ways; you have the choice of using a short, compact handle, a handle with a long shaft so it can be turned from a standing position, and even a powered drill, making it as accessible as possible.

Along with ensuring the Evolution wheel conforms to the latest safety standards, these changes have greatly improved its strength and removed common issues with handled wheels such as the plates bending and the wheels splaying out.

You may think with so many changes this wheel would only be compatible with goals produced by MH Goals. However, we have designed it so it can be retrofitted to most aluminium goals, so you can still have wheels which are compatible with the latest safety standards, even if your goal wasn’t made by us.

The Evolution wheel passed the BSEN16579 safety standard with ease back in April 2019 and has been gracing pitches throughout the UK and across the world ever since.  You can see it in action in the video below; to get yours, click here.