One of the most rewarding parts of our work is to be able to support grassroots football, and so we were pleased to supply a new set of goals to a community pitch in Nottinghamshire.

However, the first players to test the new posts weren’t Sunday League battlers or enthusiastic youngsters. Instead it was a group of men who are old enough to remember nail studded boots, leather footballs and where they were when England won the World Cup. 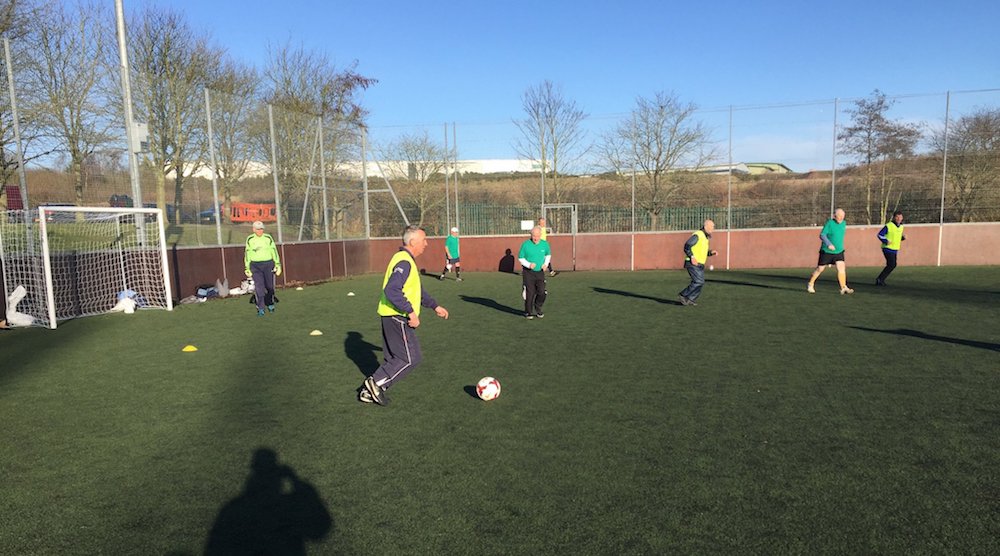 Mansfield Walking Reds Over-60s formed in 2014, and numbers have grown ever since. They meet twice a week, run Over 50s and Over 60s sessions, and even go abroad to play (they’re twice champions of the Los Montesinos tournament in Spain). They christened the goals on the 1st of February with two games and over 30 players.

The new goals were provided for their pitch in Mansfield as part of our partnership with Nottinghamshire FA. MH Goals has been their endorsed goalpost supplier since 2016, due to our reputation as a manufacturer of high quality goals with an emphasis on safety.

MH Goals offer exclusive discounts to all FA affiliated clubs, you can find out more here.

And if you’re interested in walking football visit Walking Football United to find a club near you.